Really did that just happen? 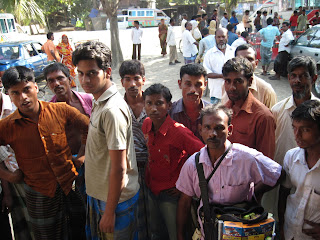 At times the last few weeks of riding has felt like a job. On the 1100 mile, nine day ride from Kolkata to Chennai that is exactly what the challenge felt like. I would get up before 6 and then, eat, ride, eat, ride and arrive at a place for the night. I would do nothing else.

One day I pasted a sign that said ‘Military Camp’ and thought yep they probably are. The whole flamboyant man culture is a stark contrast to the mans man approach of Russia and the Stans. Now not to miss out on cultural experiences I tried out the man hand holding thing. After all I can no longer say that I have not been hand washed by another naked man. What a strange night in Russia that was. So a bit of hand holding is nothing compared to that. But more to the point I was put in a situation of not having a choice. I tried it, it’s not for me. I didn’t venture as far as to try the sit down pee or try some glitzy man dancing.

In one of the Indian states I went through they sold beer. That was a complete novelty for me really. Looking for a hangover cure? You tried riding the world? It has been five months now without one, so very effective. Then again the lack of alcohol might also have something to do with that. I can’t be sure.

So a beer got added to the end of the day for the few days I was in that Indian state. Most of the accommodation had TV’s so instead of going out to explore the local town I would sit, have a beer and watch TV. After covering up to 174 miles (280km) a day, walking about a polluted Indian city never really appealed to me.

You have to come to India to properly experience this pollution. It is beyond description. After only a few hours outdoor I would be ready to play the part of the chimney sweep as I would have become completely blacked-up from head to toe. The locals just thought I didn’t wash. Sure enough I did go 23 days in the Stans without a proper wash. But here I couldn’t last more than a few hours. I did give some consideration to taking up smoking. I came to the conclusion that it would probably be healthier for my lungs than the filthy air that I was inhaling. This never happened. 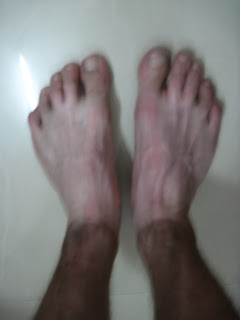 I was a vegetarian though. Never thought that would happen in my life. I am a meat eater so becoming a vegetarian for five weeks was a different culinary experience. Now this wasn’t me getting into the Indian hippy thing. I wasn’t going to try ‘finding’ myself or anything like that. After been served some rather nice bright pink chicken on the first day there I decided that meat wasn’t for me in India. The memory of the Cushy Cushys was still quite fresh. I didn’t want a repeat. So meat was off the menu and it really does look like Glasgow is the actual home of the chicken tikka masala.

But back to the daily routine I would rest watching TV in the evening. The EPL was never too hard to find on the TV as was a news channel of sorts to catch up with the world. The night I did catch an SPL game it was only to see my team get beat. One night however I thought I was on for a winner when I found a program called ‘Heavy Petting’. I was thinking maybe a bit a racy for Indian TV but it might be foreign. So I waited to watch it and find out what it was about. You can understand my disappointment when a pet’s vet show came on. Talk about lost in translation.

The language barrier was never a problem through India. One of the rules of the Commonwealth is that English must be a spoken language. So I had many conversations with local people. The only downside was it was the same questions over and over again. Country? Why? Where? Who? Married? One day a scooter boy asked me “What is your purpose?” I thought wow that’s deep man. Should I really be delving into something as complex as this? Should I searching for an answer to who I really am? Oh no wait, “Chennai,” I replied. He only wanted to know where I was going.

With the questions came the photographs. Riding through the Cameron Highlands in Malaysia, I had a night chatting to some English boys about their travels. One of them told how someone had actually wanted to take his picture this one time because he was foreign. I didn’t want to spoil his fine tale by saying people take mine all the time, without asking just because I am on the bike. You got to love the camera phone! I have even had to do the pose with the baby picture, normally reserved for the politician on the election campaign. Why I wondered, why?

But with the new found celebrity status that you have been landed with by riding a bike through India there is a number of problems. I found it difficult to stop. Within moments of pulling up at the side of the road a crowd would gather. That is all they would do. Stand and stare. At times I took it as a game with the task of trying to draw in the biggest crowd I could whilst doing completely nothing. At other times it was just annoying and I wanted some time alone.

In true celebrity style I even picked up a stalker. A boy joined me for a cycle and I gave him my mobile number. I had given it out to loads of guys now. It should be noted I have no idea what the female Indians get up to as I never met any. No idea where the all hide. Anyway none of the locals usually called me. Except this one. He would call, demanding I call him, then recall when I hadn’t and repeat this over and over. He constantly asked “do you know who I am?” As if he didn’t know himself! His “huh huh huhs” made me uneasy. Having a stalker isn’t as cool as you would think.

With the lack of personal space, stalkers, pollution and a poor attitude to the bicycle I was actually quite pleased to leave the sub-Continent. I had had too many near hits from buses and trucks and too many soft hits from autos and motorbikes.

But i am still cant believe i have cycled nearly 9000 miles to the other side of the world. Really has that just happened? ....And to do it with out a puncture! 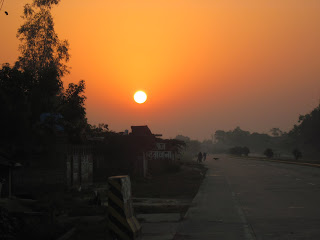