Team Five, Team five, Team five. What is team five? It is simply the task of asking people from around the world to ride five miles/8kms with me; Thus forming a team of nationals from countries around the world. That was the idea and many countless hours of my time and effort have been poured into it. Nearly every 'rest' day has been spent on the internet contacting cycle groups and teams from whichever country I happen to be in. When really I should have been out exploring the place I had just put in a lot of effort to ride to.

Over something as basic as a five miles/8km cycle. Simple surly? When I thought of this idea way back in the early planning stages I certainly never foresaw the amount of effort that would be involved with this part of challenge. After all everywhere in the world ride bikes!

Asking and having people join along the way has well been very, very difficult. The real infuriating part about it all is that the idea is fine. It is the implementation of it that is flawed. Countless people have said they would like to ride with me and be part of the world team only for me to be in a different town, country or even continent. All I have is word of mouth to spread what I am doing. Unfortunately I ride faster than people are talking about the challenge. Social media has seen a very slow uptake with less than a few hundred following from around the world. So this has offered very little benefits towards achieving this goal. Even though I have been successful in getting into various forms of press all across the world now; have met with the top guys at the Commonwealth Games and even met with heads of countries. This has rarely shown any rewards to the Team 5 task.
.
Don't get me wrong I have had people join in three continents now from 7 different countries all with very diverse and different cultures and faiths. Yet they have been united in the task of cycling a distance with me. Boys from Bangladesh from a hugely different economic background have achieved the same goal as riders from first world nations such as Australia. The disadvantages that some countries have compared to others have been removed. In a sense the playing field has been levelled.

I think this is the advantage of the bicycle. I don't think any other sporting activity could be used to unite people from around the world in such a unique but simple goal. The bicycle doesn't discriminate. Any age, race, faith, and gender can ride a bike.

For me, when people ride with me have been the most inspiring moments of the trip. When people with out a common language, culture or a very busy life style ride up and declare there intentions to become part of the ride around the world really motivate me.

So it is the implementation that is flowed. If you wanted to join and I missed you, well now is your chance. Having to actually be where I am to join is the problem. So here is the proposed solution to this conundrum. You can join from where ever you are and this is open to anyone from anywhere in the world. Ride your five miles/8km on the commute to work, on a training ride, in the gym, flying down the side of a mountain or just a ride in the park.  All you have to do is ensure that you have covered 5 miles/8kms in one go.

From there, to make it count simple go here on the challenge website here and fill in some details to have your effort counted towards the overall goal. Each person that joins will add 5miles/8km to the distance that will be plotted onto a map following my route as shown on the tracker. So as a team you will also ride the world.

My role will be simply to be the stop watch. When the yellow line that I am drawing on the planets reaches Glasgow, this will signal the end of  the task. I will still be asking people to join me as I go. But this is essentially the last roll of the dice to achieve this task.

This is not going to be easy. So please do take part, invite your friend and family out for a ride. Tell who ever you can. Who knows what we might be able to achieve together!

So come on and inspire me and lets see what we can do together!

From the very off I have clearly stated the distance that I was aiming to pedal during expedition World Cycle (20k miles/ 32k km) and also the return date to Glasgow completing the pedal powered lap of the planet; the end of May 2011. You have probably become aware, of late that I have been struggling a little bit. The last 8 and a half  months of effort on 3 continents, through 20 countries, across deserts, jungles, islands, bush and many, many mountains has culminating in a distance of 17,300 miles (27,835km).

It has taken it’s toll. My body has suffered a lag from my cursed time in Oz. That was the most physical demanding challenge I have ever undertaken. I was actually pleased with my efforts considering the conditions. I covered the distance (6060 miles, 9,750km) the equivalent of riding from Glasgow to Kolkata (India) in only 73 days. This is a good month faster than it took me to ride from Glasgow to Kolkata in-fact. 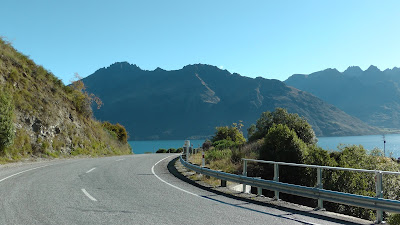 The lag my body is feeling has been further confounded by the repeated rolling kiwi climbs, the rubbish diet of jam sandwiches, the near state of homelessness and the onset of winter. But it is the psychological element of the challenge that has been most difficult of late. To continually motivate myself to carry on with trying to reach the impossible targets away from the pedaling has been a huge struggle (fundraising for UNICEF and participation challenge). The fact that the world cycle racers get to stop at a mere 18k miles, only about a weeks cycle away, has also been very, very hard to overcome.


So it is time for a confession. I am not going to ride 20K miles. It is just NOT possible for me to do it.

What’s next? Will I fly home? Go on a Holiday? Maybe stay here, it is after all very much like home anyway and just get a job? 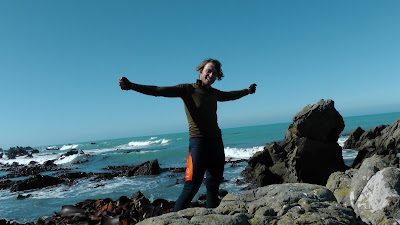 Of course not! The Challenge is far from over. The body isn’t done yet and I’m too stubborn to let a few aches and pains to stop me. I will moan about it as I’m sure you have noticed. But I’m going to ride the 20k and then some. I haven't spent the last 15 months of my life on this challenge to give up now. So what won't I be doing? I most definitely won't be home for the End of May. I hope you except my apologies for this if you’re expecting me back for then.

Why won't I make it back in time you ask? Well I have had to add a few miles to the route to meet the fundamental ambition of the Challenge: visiting the Commonwealth. I also wanted to hit a target that made sense and not just a random number. As chance would have it the changes bring the final distance in around 24, 860.2 miles near exactly. What are the chances of that? Almost like it was planned! Since December to be honest. This figure is more often referred to as the distance of the equator.

The set in stone return date is Sunday the 17th of July. This will be the 360th day on the road. This will be a good day to complete a 360 of the planet pedaling the distance of the equator.

On to the next stage then, the Americas. This involves a slight change. I can’t fly into exactly where I wanted to in Central America. But it is near enough the same target location.


On the 21st of April I fly to Cancun in Mexico via Los Angeles. From there I will ride South to Belize. This is the only Commonwealth nation there and will then race to Canada. I don’t have long to do it so it should be exciting. On the 20th of June I fly from Halifax on the Atlantic coast of Canada back to Europe. The final tasks I will have to do there is visit the cycling North Pole otherwise known as Madrid and finally ride through the commonwealth in the UK collecting a few more flags before returning to Glasgow.  Job Done.

This then is the final third of the Expedition World Cycle. I’m still far from hitting the other goals of the ride. As for the participation challenge this was always going to be difficult. This is the ‘Legacy’ part of the challenge if you like and I have one final idea on how to get people involved which I will launch before leaving Auckland. By that point I will be happy that I have tried everything in my powers to achieve that goal. If it doesn’t work it certainly wasn’t from a lack of effort.

I am shifting my focus from trying to get others to participate to the more important task of fundraising for UNICEF. So help me get the final third of the challenge off to a great start. It would be amazing if you could make a donation: Donate now

And about this coming clean, I’m indoors tonight and I don’t mean a public toilet so its time for a much needed shower…..