Hot tubs and beers, sometimes it needs to be fun to be fun.

“You’ve got a hot tub? What and beer? Hold on let me get this right you have a hot tub and beer? Right I will be there as quick as I can.” 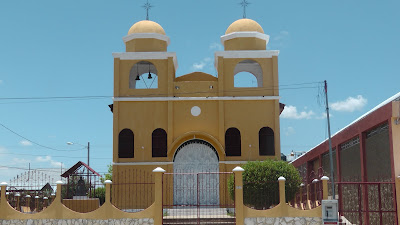 Mexico started jet lagged. It was hot and not surprisingly everyone spoke Spanish. Apart from the crank breaking it was a rather straight forward ride to Belize. The terrain was flat and dull and the miles flew in. Belize continued on in much the same way. I lost my bank card straight off but I had a backup plan, so no stopping. The highlight of Belize was without doubt my piece for the local TV. Another commonwealth done another flag collected.

When I left Belize and headed into rural Guatemala I could barely go a few miles without hearing the call, “Gringo”. Now I’m language disabled. I barely have a grasp of English let alone any others on top of that. But I am quite sure that the rough translation of Gringo is: ‘Wow this guy on the bike is amazing let’s all get over excited and jump about’. You know how at school when a fight would break out and everyone would chant “Fight, Fight, Fight?” I got this with “Gringo, Gringo, Gringo”. I had my celebrity status back

Whole groups of people would just shout it out as I rather slowly went by on the steep slopes of the hills of frustration and despair. I would always try and give a shout of “Hello” back and learnt quickly that a wave had quite a profound effect on the groups of girls. It would quite often result in the type of screaming and shouting reserved for boy bands. I could get used to this I thought.

Guatemala stepped up the challenge. Mountains that I never knew existed forced me ever higher and higher. They adopted the roman technique of up and over, no messing about and certainly not taking into consideration the gradient. Meaning the climbs were not only high but extremely challenging. I would ride past village were some houses were made of concrete blocks but most were made entirely from tree branches and leaves. At points it was just me and the jungle. 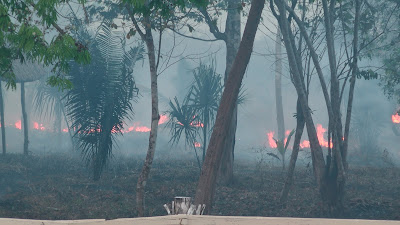 Then as night descended upon me externally a further depth of darkness took grip internally. The day had literally ended on a low on all fronts. The bottom bracket was broke. This if you are not into your bicycles is the part that the pedals rotate on. Without it you cannot pedal. When I broke a crank in Mexico I could still ride. But without this part working I had no choice but to push on. The surface of the downhill was very smooth gravel and felt more like ice. I had been pushing on hard, too hard and came off. I came off not to bad in the crash, Kirsty was mortally wounded.

A half hour cycle until the top of the hill and 20 minutes down is the description I had been given in the last village to the next place that I could find shelter for the evening. I had just completed that rather technical descent and was for some unfounded reason optimistic that I had finished with the mountains. So when I seen the next mountain pass ahead and the bottom bracket broke I really did think it was over. I could not see a way that I could find the parts to fix her out in the jungle. I pushed Kirsty on regardless, I really just wanted to stop admit defeat, give up and go home. But something wouldn’t let this happen. One part of the brain let me wallow in defeat and despair whilst another made sure my legs kept walking. The 30 minute distance took over 4 hours to walk and it was all uphill. By the top I was exhausted. Pushing Kirsty is far harder than riding her. She is quite a big girl after all.

The next day with a bit of effort I found the village mechanic and after 5 hours of trial and error, a serious bit of problem solving and a lot of hitting Kirsty with a chisel she was repaired again. Within 20 miles she would break again, resulting in another long walk, but it was only a pedal this time. In the next village this was solved and Kirsty was mostly problem free from then on.

Finally after one last climb over 2400m I had topped out. The days in the mountains of frustration and despair were over. No more fake summits, no more steep climbs and the 8 days of climbing had come to an end with a 25 mile descent, a reward that I felt I had more than earned. By now I was back in Mexico heading North to the Gulf of Mexico. 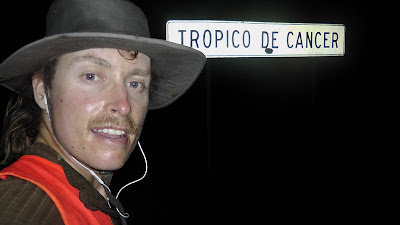 The Gulf of Mexico gets hit with the Atlantic trade winds. They blow in from the east and never let up. This trade wind is more like a river with a constant flow than the gusty winds of home. For the length of the Gulf I had this wind cutting into me 24 hours a day. I seen this as a poignant tribute to the huge part that this wind had made to Glasgow. Like many cities in the UK, they had profited greatly from the discovery of the trade winds across the Atlantic. So I tried not to complain and worked on the miles.

Before I knew it I had crossed the tropic of Cancer, no more time in the tropics. The temperature dropped off as the army personal increased. It was the most troops I have ever seen deployed in any country. All sorts of army vehicles carrying troops would often drive by. The boys would be in full kit with someone standing in the middle positioned behind a beastly machine gun.

The numbers steadily increased the closer I got to the border. Mexico barely has control of this area. There is a full on drug war on the go here. Hence the troops and cops being everywhere but the Mexico officials are not winning it.

On the day before I crossed into Mexico I watched gun battles break out. Now for some strange reason I didn’t find this alarming. I was ready for it I suppose. I was expecting it to be honest. My reaction was I’m hungry best get something to eat and leave them to it. I got food and said goodbye to Mexico.

It was onwards problem free into the USA. The land of the big was overwhelming. It had seemed such a long time since I had been somewhere so developed. I took a few days to get used to the free refills it felt like I was stealing it to start off with. I even had the wind behind me I was going near four times faster than normal. I could now ride longer hours again. The full night rides were back on.

Up ahead was a cop, A Texan cop. It was 5 in the morning when I rode toward him and unlike the standard set questions I had become use to he asked straight off, “Are you homeless?” I responded with a laugh. He of course wouldn’t have known of my recent history of sleeping in doorway, bus stops and public toilets. I explained I was an Ambassador for Scotland and I was riding the world which seemed to impress him.

He told me of a narrow bridge ahead. He described the bridge as being very steep and thought it highly unlikely that anything other than a car would be able to get over it. Since I was on the highway he was not happy about be continuing. There was no alternative so I thanked him for his concern and carried on. To my surprise further down the road the cop was waiting for me. He said he would escort me over the bridge to ensure I got across safely. I love escorts I have had them all over the world.

The bridge was certainly narrow but hardly steep. Having the Texan cop behind made for a quick crossing. On the other side I thanked the cop and he explained to me how he had just saved my life as I would have certainly been killed if he wasn’t there. I smiled and thanked him again I continued on after safely crossing the bridge and he went home to tell the tales of how he saved the life of a Scottish guy cycling the world.

The land of the big has been great so far. The weather like everywhere I have been is mostly crap, the irony of me following summer. The winds haven’t let up resulting in some very slow miles. Only a few days before reaching New Orleans I was reminded of family I had there and that I could stay for a night. Anything to get me a shower and out of the tent for the night is always appreciated. But when talking to them on the phone he said “I have a hot tub and a beer waiting for you here” my mileage shot right up. It’s the quickest I have covered a distance in a long time. So Glasgow think we need a hot tub. 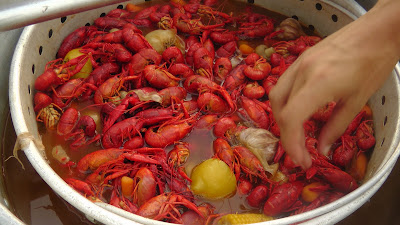 In New Orleans I have enjoyed a day off which even included a few drinks on Bourbon Street an experience not to be missed. I have sat in the hot tub sipping beers and had a local specialty the crawfish boil only about 1000 times better than the regular staple of jam sandwiches. It is the most fun I have had in a very long time.
It has not only been me that has benefited. Kirsty turned 20,000 Miles (32,000km) old only a few days before arriving in New Orleans. With all the recent repairs and miles covered she was in bad shape, nothing ran smooth and daily maintenance was required to keep her going. So I jumped at the chance when Brian suggested we take her to their local bike shop. I am glad we did. The work they done on her is amazing. Kirsty is a new bike. Sam the mechanic that worked on her did an amazing job. He even custom built some parts for me to ensure I would run properly. The most astonishing part is he didn’t even charge me. I was lost for words and so grateful for this. So a Very big thanks to the boys at Westbank Cyclery and an especial thanks to Sam for all the effort he put in.
I am now very optimistic that I will make it to Halifax in Canada for the 20th of June. So you can see my planned route on the tracker page here. So lets get this yellow line to Canada.
Posted by Sean Newall at 12:15